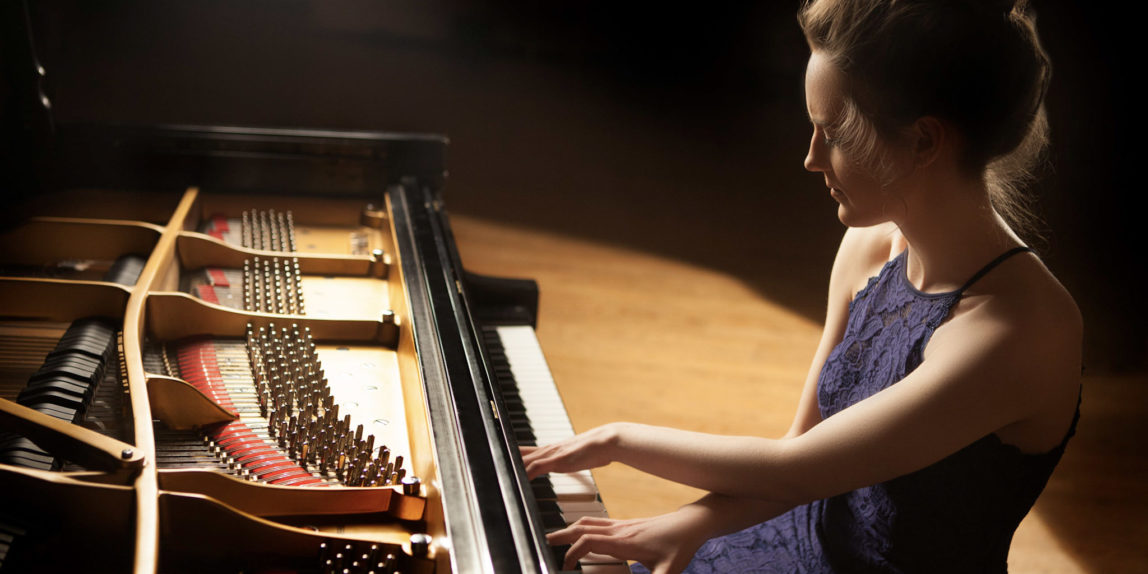 Hailed as “virtuosic” (Schloss Bonndorf, Südkurier) and noted for performing with “rarely seen passion” (Laufenburg, Südkurier), pianist Gabriela Fahnenstiel has performed to international acclaim as soloist and chamber musician. She appeared with the Orchesterverein Bad Säckingen in Mendelssohn’s Piano Concerto No. 1 and Bach’s keyboard Concerto No. 5. Internationally she has appeared with the ‘Orquesta Sinfónica de la Universidad Autónoma de Tamaulipas’ (OSUAT) in Mexico performing Grieg’s Piano Concerto to much acclaim. Furthermore, she also played recitals throughout Germany, Switzerland, Slovakia and the United States. Gabriela Fahnenstiel was a prize winner at the national German competition “Jugend musiziert” for young instrumentalists and in 2013 recorded her debut CD with works of Mozart, Chopin and Liszt.

As a consummate chamber musician she has appeared in concert with such esteemed ensembles and soloists as the Calidore String Quartet (USA), Goldmund String Quartet (Germany), Minetti String Quartet (Austria) and violinist Julia Fischer. As a protogé of the esteemed international soloist Julia Fischer, Gabriela performed at the ceremony of the German Cultural Award in Munich and at the Festival “Julia Fischer and Friends”. Her performances have been featured at such prestigious summer festivals as the Aspen Music Festival, the “Weimarer Master Classes” in Weimar/ Germany, and the International Summer Academy of Music in Lenk/Switzerland.

Gabriela Fahnenstiel was born in 1994 and began piano lessons at the age of seven. Since 2006 she studied under the pianist Viera Fischer in Munich. In September 2013, Gabriela Fahnenstiel started her studies at the University of Music in Basel, Switzerland with Prof. Adrian Oetiker where she completed her Bachelors of Arts degree in Piano with distinction. She graduated in May 2019 with her Master’s degree from the Manhattan School of Music in New York with Dr. Lisa Yui and Prof. Solomon Mikowsky. Additionally, she studied under internationally renowned pianists Lilya Zilberstein, Konstantin Scherbakov, Anton Nel and John O’Conor.

Gabriela Fahnenstiel is the artistic director of the international concert series „Mary Codman Classics“ in Laufenburg, Germany, which was established in cooperation with the Förderverein Kultur im Schlössle e.V. in 2017. In addition to her artistic directorship and concert career, Gabriela maintains a flourishing piano studio of private students in New York City.